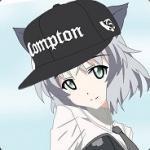 OK.  I'll be blunt.   No one fucking likes your dumb fucking Reddit cancer reposts. You use this site as a microblog for your myspace quality shit. You clearly understand the game because super un

This is like watching Asians comparing SAT scores.   I ONLY CARE ABOUT MCAT SCORES

Who is this subhuman denier who presumes to directly address a God?