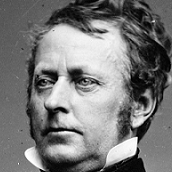 Tips for the T57 heavy

my crew will be this (I will go with the loader with safe stowage).

I plan to go with Vert, Stab, and vents for equiment.

5 answers to this question