Should I use server reticule? 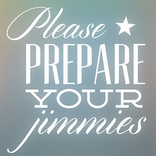 For fuck sakes.     reticle (ret-i-kuh l) 1. a network of fine lines, wires, or the like placed in the focus of the eyepiece of an optical instrument.   reticule (ret-i-kyool) 1. a woman's small h

You can see my post on my take on the clientside vs serverside reticule, but the general gist of it is that being ahead of where the "true" reticule's position is (clientside) is far superior to behi

I play with 250ms regularly as well and it's playable as long as it stays stable at that 250 and doesn't jump or spike around. Definitely get one of the mods that lets you display client side and serv