I've seen the list of what warpack does...and it doesn't really bother me.   Its got some kinda neat tools, from a "wow, I didn't know that was possible" perspective.   And I can see how it could im 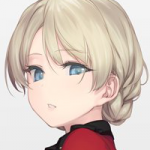 That's not even close to what I wrote.