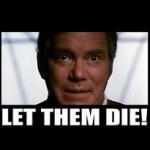 As I said in another car post, having been in bumper to bumper up/down hills too often, yeah, I will stick with automatic.  If I was in a manual, I would have HATED life.

I dont like the sensitive breaks that most automatics have. Your shoelace falls on the pedal and your face smashes into the steering wheel.

I don't buy this at all, it's a simple matter of conservation of energy.   You brake, the kinetic energy of the car gets converted to heat. Whether you brake over ten metres or one-hundred metres, y