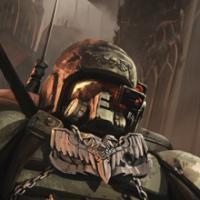 Where were you when CR/D was kill?

Just when I thought the official forum couldn't get any worse....     It all started with a badpoast by Nomad in LUCK's embassy:     tanitha, WG ASIA's producer did his best to shut down nomad, and

Finally finished the parody song. Can't think of a good name for it, but I think "The Day the Server Died" is a good one.   Sung to the tune of American Pie   A long, long time ago I can still remembe

Are you? Good, because you just got sick over your own bs Racism is fucking real, do not try to deny it