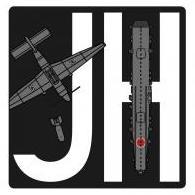 I'll have access to this thing before it goes live I believe. So provided I do i'll run a stream and try and post something a of a review for you here.