What is the one thing that pushed you from blue to purple?

This is prob the closest to my answer, In fact, its a very good answer, summed up in my first thought reply which was "knowing where to be and why at all times" &# 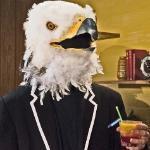 The one tip that got me from blue recent to light purple recent was this: Never trade damage.   Of course, in practice, not never - there are many scenarios when it is crucial to take a bit of dam

The Tactical Retreat and knowing when to do so.