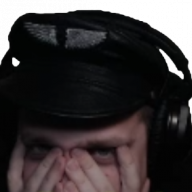 Fun is just a buzzword for when you can't actually think of any real reasons as to why the game is good.  You can use it as your own personal escape to justify your spending time on something, but if

Just announced by Relic. I don't even care what they change, I want it.     http://www.pcgamer.com/dawn-of-war-3-inside-relics-biggest-rts-yet/ Back to macro scale. No mo

still not as cool as the original trailer