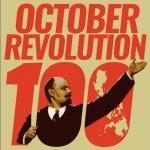 By the_bolshevik, September 10, 2016 in Battleships