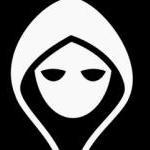 (I'm trying to put this in to words as best as I can, sorry if it doesn't sound clear)

I've been playing the AMX 50B a lot recently, and a lot of my deaths are due to my lack of knowledge on when and where to reposition. I know where to go in the early game, so that isn't as much of a problem. Generally after that, what I've done is follow better players who are in a similar tank to me, and it seems to work out well most of the time, as I can provide fire support from a distance. When I'm alone, however, shit hits the fan. I'm the second type of retard when it comes the two types of bad players, I'm generally too scared to lose health because I don't want to fuck it up for my team and/or do no damage. Similarly, I also don't know when it's correct to be aggressive and when to not be aggressive. If it's blatantly obvious that I have the health advantage vs another clippable tank and they have no support, then yes, I'll attack. But problems come when I also have to think about and be afraid of enemy arty, where tanks that haven't been spotted could be, where currently unspotted tanks could have moved to and the like, basically feeds in to the 'Too scared to lose health' thing. I can multitask, but generally I don't advance/relocate due to fear of the above happening to me. The main reason I have this fear is due to the fact I've been playing World of Grille 15s.

On the rare occasions I do notice, I notice too late to the point where it has nearly no effect and my team already pushed aggressively or they got steamrolled whilst I'm still sitting in cover thinking about whether to relocate or not, then seeing that I'm next to die.

I've read the "Where not to go" thread, and wanted to read Sela's map guide but the download links were broken, so I came here instead to ask. I know I have worded it poorly, because I don't know how to explain it well, and some people may misinterpret what I say. I'd provide replays as examples, but then this would just be moved in to the Tape Study thread or just be removed, which isn't my intention.

So my questions are:

How do I know when to relocate to a better position, and where? I know that sometimes sitting there and doing nothing may be more beneficial for the team, but that's about the best I can do, and when it isn't correct, I just completely blank.

How do I know when to be aggressive outside of the number/health advantage? How can I be aggressive/passive effectively?

P.S If this is in the wrong section, sorry in advance for wasting your time.

4 answers to this question