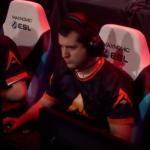 1. Was waiting for the first autistic kid to tell me how it's not a statistically valid sample size. Mission accomplished. But I still do not care. 2. Sorry, replays were many months ago and I cl

I played the Maus to do HT15 for Obj. 260. Maybe platooned a few of the matches, but that's not what's important (platoon mates actually would have a negative impact on me completing the mission). I'v