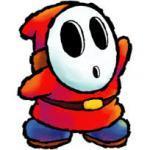 Soooo, what we're saying is... dead game is dead.  Kinda sucks, I get a fair number of new-to-intermediate asking me for clan recommendations, and there used to be quite a large number of places I cou