The future is here. Chinese stuff gets copied

The Size difference really is irrelevant for armor despite what many people for some reason claim, at  ~10-20 meters distance the enemy either has enough gundepression to shoot the lower plate or he w 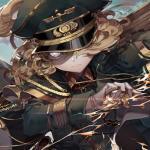 That is not true. Object 140 was a T-54 replacement project that was cancelled due to its complicated systems and construction being too expensive for mass production and too hard to maintain. The 140