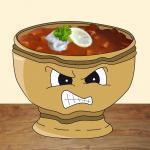 No bugs so far

So 9.22 was bad, this is worse. I'm just going through them map for map that I've played and the problems and I'll move onto the rest afterwards:  Abbey - Looks much prettier, basically the same

No, we think Type 5 is fine as is. We may buff it after analyzing more statistics, since they are easily outplayed by TVP VTU's.