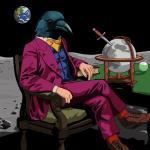 I feel useless in most of my matches. Advice I take seems to not work a good deal of the time.

I haven't had a chance to look at your replays, but I have been (and still am) where you are.   I study and study and think and go over replays and watch the streams and analyze and... all the knowl

This is a very long reply.  I hope you can manage to get thru it & some of the information helps!  There are games that you are going to lose no matter what you do & there are games you are go

Get the idea that winning is easy out of your head. It's not easy. I mean, I'm sure there's a couple of freaks out there who just picked up the game and happened to be unicums right of the bat, but mo