If you turn sideways just before dying it make's much better cover.

I unfortunately don't have any replays but I can elaborate a bit. Stalingrad: most times I get this map, I'll start by going to the West side since things always seem to start slow on the east side. 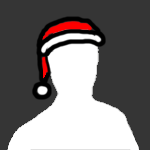 To be fair, the post above him is a bit old. In my opinion, Lor. is much much better because 20kph faster top speed, 32mm more pen on standard, and a better premium round (263mm APCR vs 250mm HEAT).