What (are) your favourite music genre(s) 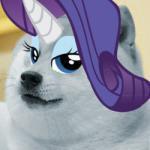 Too many options. Too many of them aren't Rock. QQ.

I class as pop what I hear on the popular radio stations here combined with the junk that drifts out off random plebs cellphones.   Shit like Rhianna, Eminem, Jay-Z and related rubbish.   Basicall

I really like this song as well, however it may be a bit overused - I will of course consider it though   I like this, and "Rock classics" seem to be winning, I think a viable song could also be t