Five artillery- We are there again

People don't understand why arty is broken It's not because they hit too hard, too fast, or too often (but that's certainly a part of it and resulted in the 8.6 nerf) It's because they can hit you w 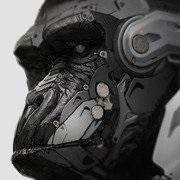 Discussion of this is good but needs to be kept level-headed, as Oneee is doing despite lava pools of hatred threatening to burst from his eyeballs on the subject.   I've hidden a post. Keep the res